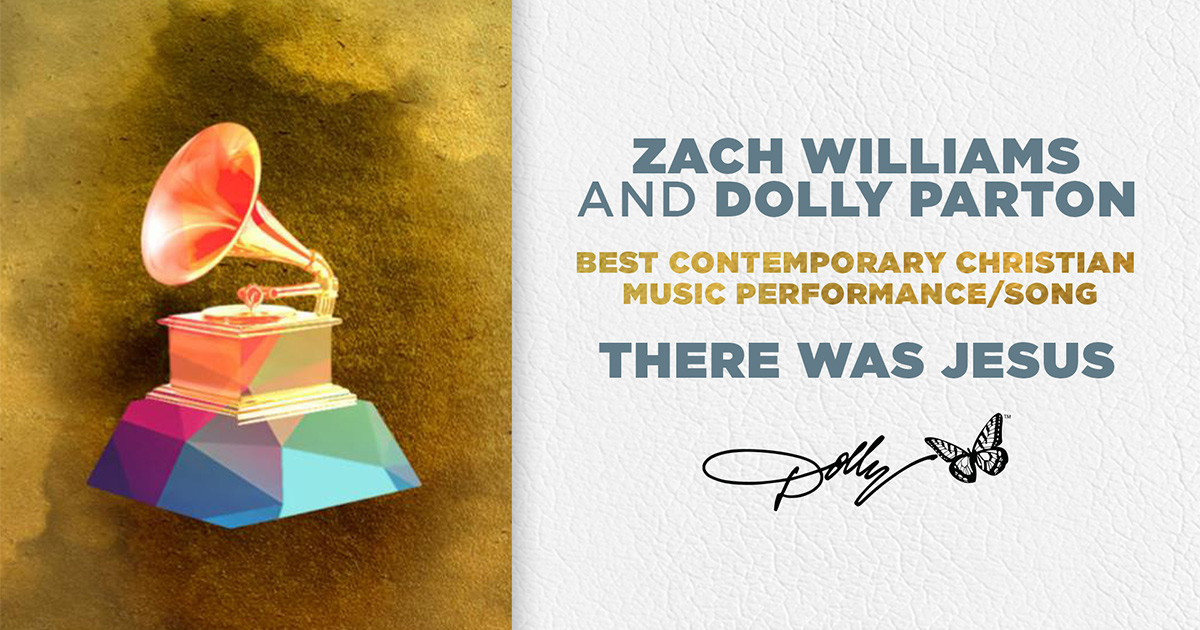 Dolly Parton and Zach Williams win the GRAMMY® for Best Contemporary Christian Music Performance/Song for their collaboration on, “There Was Jesus.”

“Thank you Jesus, thank you Zach Williams, and thank you to the GRAMMYS and all of our fans. I am very humbled but proud.”

“When I heard the song, I thought it was one of the best songs I’d ever heard. I was at that time, wanting to do something more uplifting, and I feel like it was a Godsend.”

See a full list of winners from 83 categories who were honored at the 63rd GRAMMY® Awards.