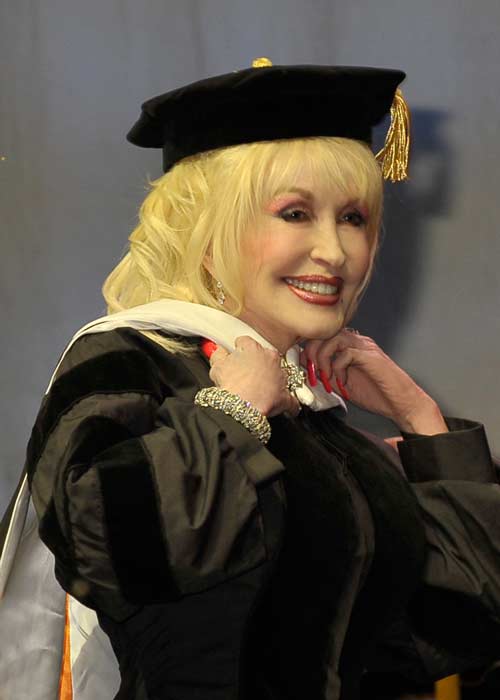 At the graduation ceremony, Dolly performed a version of the school’s unofficial fight song “Rocky Top” and a version of her own song “Try.”

“Ms. Parton is uniquely distinguished and qualified to receive the highest honor we as a university can offer to a member of the public… Because of her career not just as a musician and entertainer, but for her role as a cultural ambassador, philanthropist and lifelong advocate for education, it is fitting that she be honored with an honorary degree from the flagship educational institution of her home state.”

Dolly was flattered by the award.

“It is an incredible honor for me to receive this degree from a prestigious university like UT. I’ve been a Volunteer all my life and entertained folks around the world with ‘Rocky Top’… Seriously, education and the arts are very important to me, and this degree is something that makes me and would have made my parents very proud.”

Team DollyHonorary Doctorate from the University of Tennessee05.08.2009