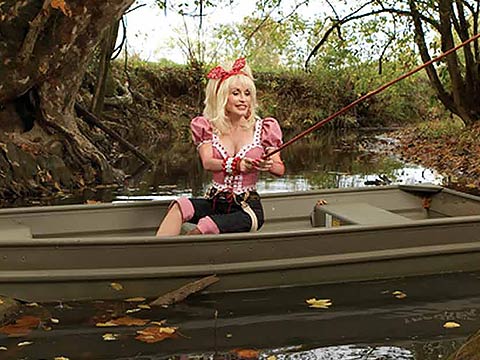 On May 28, 2008, Dolly kicked off her ninth headlining tour at the Roxy Theater in Hollywood, California, in support of her 40th studio album “Backwoods Barbie.” After stops across the U.S., Northern Europe, and Canada, the tour concluded Nov. 19, 2008, at the Civic Center of Greater Des Moines in Iowa. In Europe alone, 170,000 fans saw Dolly perform, marking the single most successful leg of any tour in Dolly’s history.

Dolly spoke about her motivations for touring and her mutual love affair with the fans,

“I am addicted to the love and the energy that I receive from the crowd [at my shows],” she said, “but it’s a fair exchange. I love them and give them every ounce of energy that I have as well. So, I guess you could say that we feed off one another.”

Her concerts at London’s O2 Arena were the subject of a PBS Special, CD, and DVD release entitled “Dolly: Live in London O2 Arena” and “Dolly: Live From London,” respectively.

Dolly was forced to delay the tour’s start because of a back injury. The quick-witted Dolly dealt with the elephants in the room with her usual humor,

“The truth is I just bent over one day to pick something up, and I hurt my lower back… I just kind of popped a disk in my lower back. So I said I know it’s not my boobs. It’s my lower back. And my butt ain’t that big anymore. So it was just one of those freak things, and it’s fine now.”