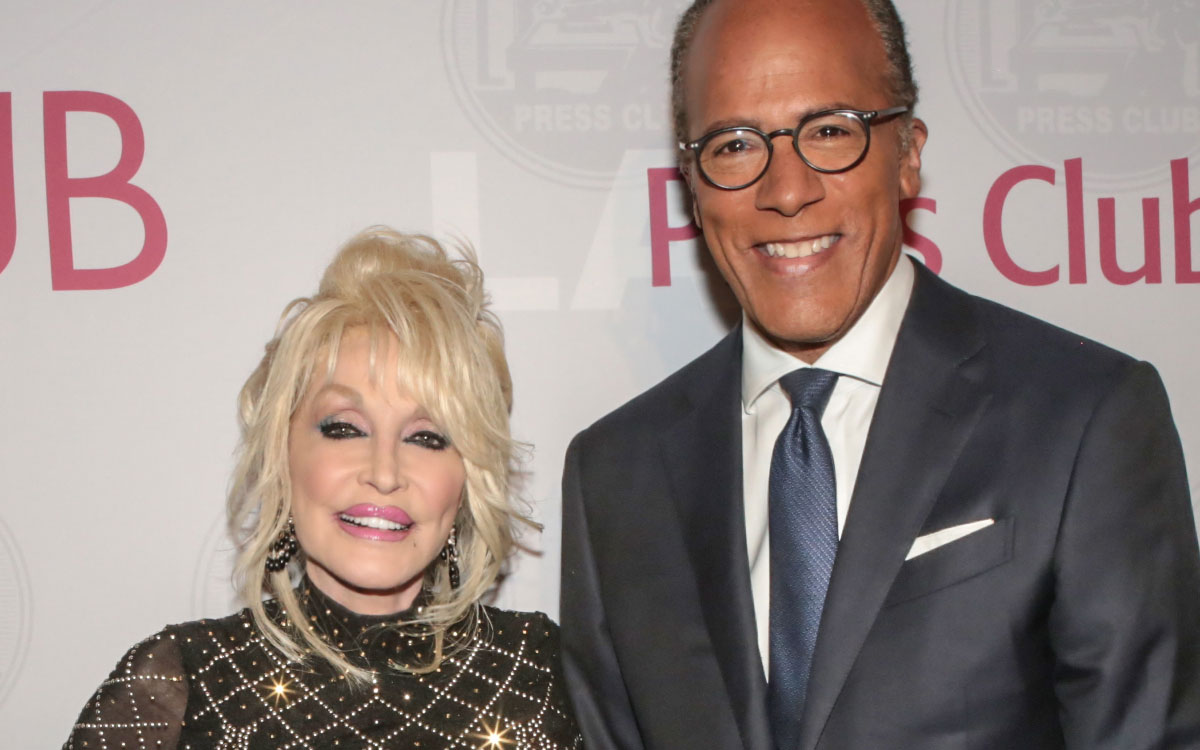 Dolly was honored with the Bill Rosendahl Public Service Award for contributions to the public good. The event focused on the philanthropic efforts of Imagination Library, her book gifting organization that has mailed over 100 million books to children in Australia, Canada, the U.K. and U.S., as well as her “Smoky Mountains Rise” telethon, which raised more than $12.5 million dollars for her My People Fund which provided financial assistance to victims of the massive wildfires that impacted the Gatlinburg, TN area in late November 2016.

The gala was attended by over 500 journalists and media executives. Several excellence in journalism awards were announced during the event.

Among Dolly Parton’s most current projects is her collaboration with Linda Perry on the upcoming soundtrack for the film “Dumplin’“. Perry produced the album and produced and wrote the film’s score, and Dolly is executive producer. Together, they co-wrote six new songs for the project. The “Dumplin’” film, starring Jennifer Aniston & Danielle MacDonald, is based on the best-selling book of the same name by Julie Murphy, about a girl (Willowdeen) who struggles to find herself.

Recently announced, Dolly’s Dixie Pixie Productions is partnering with Warner Bros.Television to produce a series of television films to premiere on Netflix in 2019. Each installment will be based on a different Dolly Parton classic song, with the singer-songwriter appearing in select episodes.