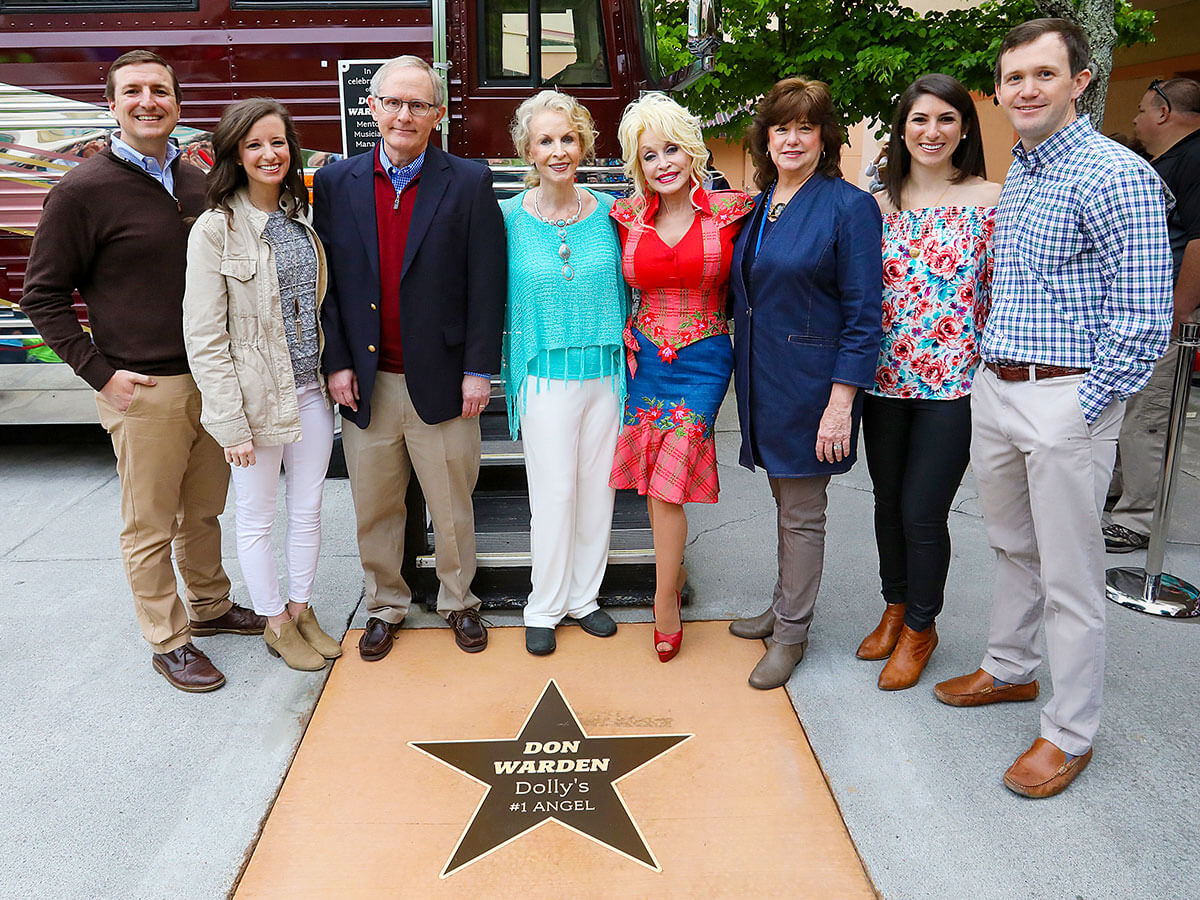 Don Warden, Dolly Parton’s “Mr. Everything,” honored with a touching tribute at Dollywood.

In a packed house at Dollywood’s My People Theatre, Dolly Parton honored the life and legacy of Don Warden, the man she called her “Mr. Everything.” A plaque was placed on the side of Dolly’s tour bus, which now sits outside the theater in Dollywood. It reads, “In celebration of Don Warden, Mentor, Musician, Manager and Mr. Everything. I will Always Love You, Dolly.” In addition, a star was placed at the entrance of the bus. It reads, “Don Warden Dolly’s #1 Angel.”

The house band opened the tribute with the song, “Satisfied Mind.” In her opening remarks, Dolly said,

“If there was one person who would have left this world with a satisfied mind it was Don Warden.”

Dolly called Don her “Mr. Everything” because he literally did a little bit of everything for her career. When Dolly exited “The Porter Wagoner Show” Don left his position there to stay on with Dolly. He was a renowned steel guitar player and tenor singer with years of experience. In addition to his on-stage talent, Don was, in Dolly’s words, “a man of many colors.” Dolly said,

As manager, Don handled the band accounts, promoted shows, coordinated merchandise sales and really anything that needed to be done. On the road, Don was not only the bus driver he was also the mechanic. He also had a knack for buying and renovating tour buses which he did for years for Dolly and before that for Porter Wagoner.

During the tribute, Dolly invited Don’s widow Anne to the stage along with her son Charlie, his wife and their children. She recognized Anne’s contributions to Don’s career as well as her own. Anne was credited for designing all of Dolly’s merchandise during the time Don was her manager. Dolly also gave her accolades for her work at the Tennessee Mountain Home. Anne worked in tandem with Dolly’s brother Bobby on the renovations and interior design of the Parton family home. In addition, Anne was also instrumental in the launch of Dolly Parton’s Imagination Library. Dolly said,

“Together, Don and Anne were the perfect team.”

In her closing remarks, Dolly turned to Anne, his son Charlie and the entire Warden family and said,

“Thanks for sharing him with us.”