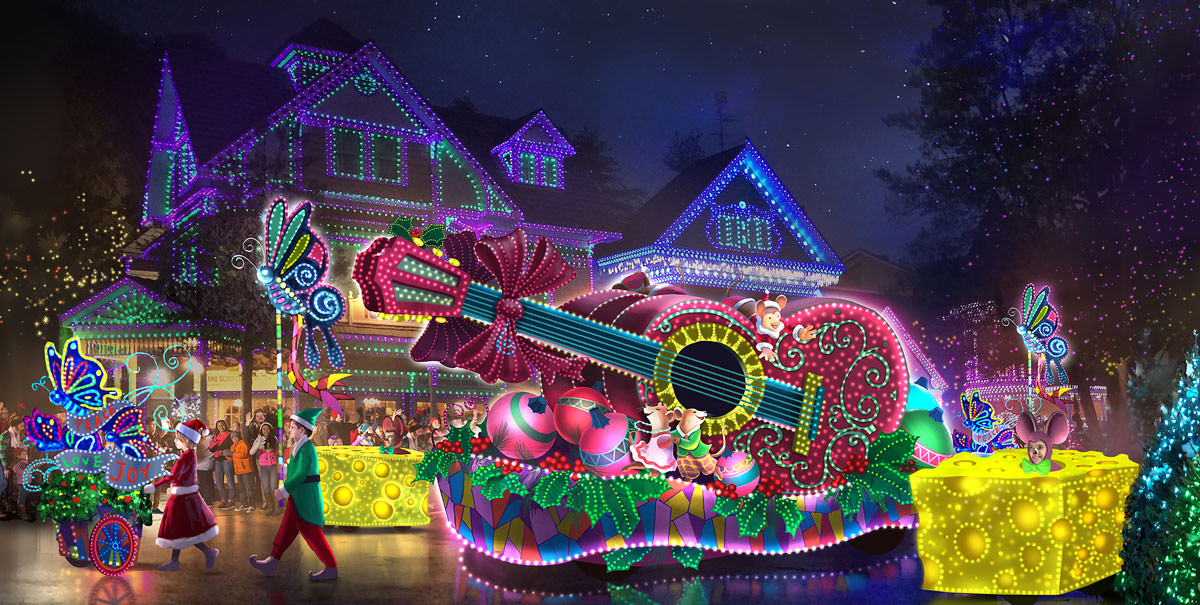 Dollywood’s Smoky Mountain Christmas presented by Humana has long been known as one of the world’s best holiday theme park events. Dolly Parton unveiled plans for an awe-inspiring new parade—dreamed up as only she can—which will add even more excitement to this family-favorite festival.

Like her new NBC holiday movie, “Christmas of Many Colors: Circle of Love,” Dolly’s new parade celebrates the fun, faith, family and harmony of the holidays. Vibrant floats, interactive characters and a few other surprises help spread cheer throughout Dollywood this holiday season. Smiling, Dolly said,

“The joy I feel during the Christmas season makes my heart sing because of the love and sweet Christmas memories I have of family and friends from when I was a child.”

She continued by saying,

“Christmas is the time of year when traditions, faith and family come together to create experiences we all remember forever. That is why my new movie and this parade are so important for me. I truly believe The Parade of Many Colors will inspire some of those same lifelong memories for the families who see it.”

The Parade of Many Colors represents another significant investment made by The Dollywood Company as part of the $300 million investment strategy announced in 2013. The company also recently announced the addition of TailSpin Racer to Dollywood’s Splash Country for 2017.

Dollywood has added two days to its calendar, December 6 and 13, to provide guests more time to experience the eight-time winner for Best Christmas Event. One of Dollywood’s greatest entertainment offerings is remastered in 2016, as “Christmas in the Smokies,” returns to its traditional home at D.P.’s Celebrity Theater. Guests can celebrate the joy of the season while a cast of singers and dancers performs hometown holiday favorites while accompanied by a band of live musicians!

Dollywood’s entertainment team brings a Christmas classic to life with the debut of “It’s a Wonderful Life.” Based on the timeless holiday story of love and generosity, small town businessman George Bailey discovers the true value of life, family and friends with a little help from his guardian angel, Clarence.