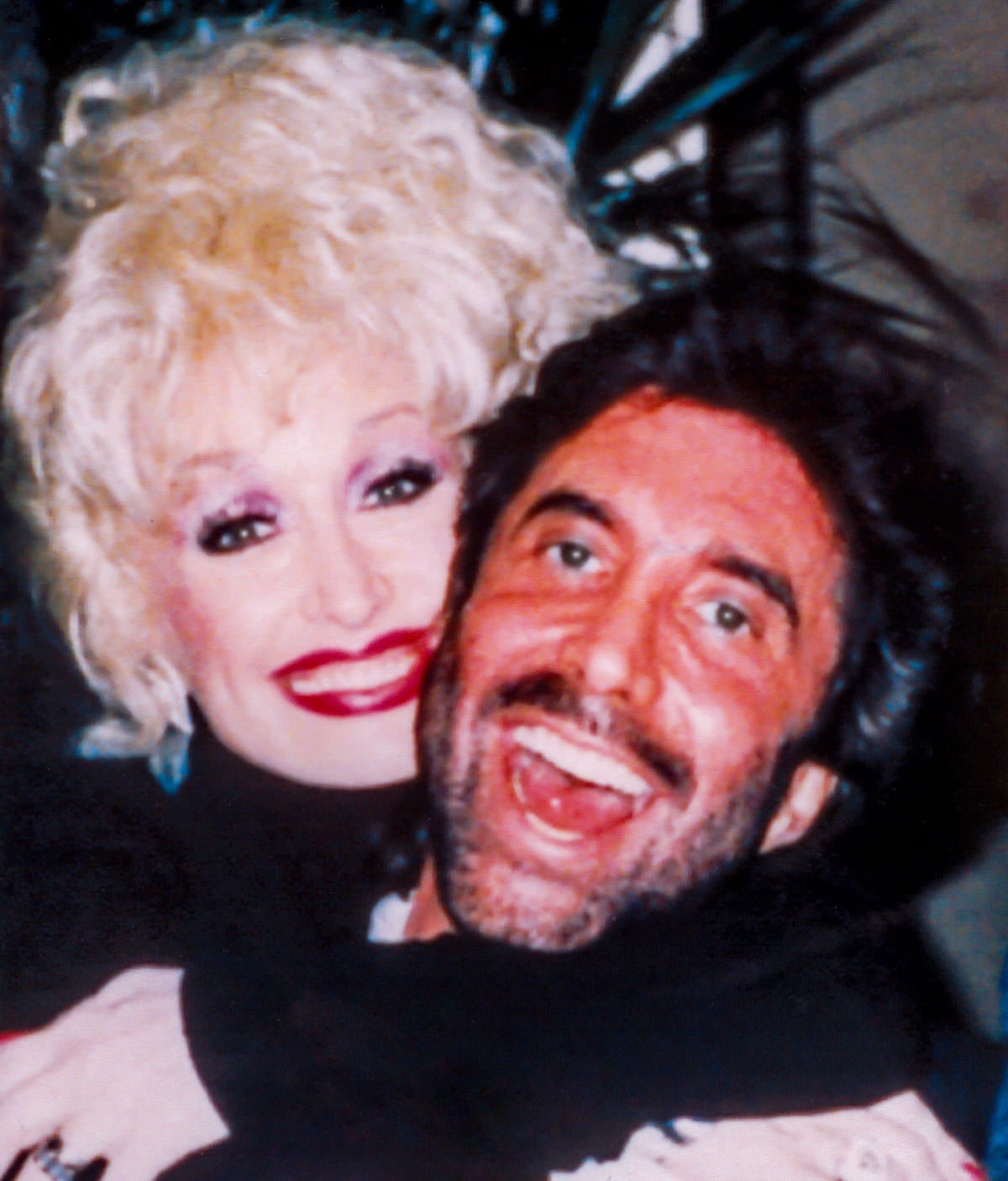 After graduating from Boston University in 1962, Sandy Gallin made his way from mailroom to senior vice president and board member of General Artists Corporation (GAC). He left GAC in 1970 to partner with his cousin, Raymond Katz, forming the personal management company Katz Gallin, later becoming Katz, Gallin & Cleary.

Dolly Parton met Gallin in 1976, after making a guest appearance on the Mac Davis show. She was interested in taking her music to a broader audience, and Davis recommended Katz, Gallin & Cleary, who, at that time, were managing Cher and Joan Rivers. In her 1994 book, Dolly: My Life and Other Unfinished Business, she says of their team,

“I kept going back to them because they kept showing me more of what I was looking for.”

She was impressed and, of Gallin, she said,

“He’s got taste and I got talent.”

Their 25 year bushiness relationship went on to include the 1985 formation of Parton and Gallin’s film and television production company, Sandollar Productions. The company amassed numerous awards, including an Academy Award for the documentary “Common Threads: Stories from the Quilt” and five Ace Awards for a variety of other productions.

Gallin is credited for convincing Parton to record her 1977 smash hit “Here You Come Again.” Having achieved her previous musical success in the country music genre, Dolly was concerned the song may be too pop. However, Gallin’s instincts proved right, and the song went to number one on the U.S Billboard Hot Country Singles and maintained that position for five weeks. It also went to number three on the pop charts, becoming Dolly’s first major crossover success, selling over a million copies. The song also garnered Parton her first ever Grammy award for best female country vocal.

In addition to Dolly Parton, some of the many talented acts Gallin was associated with over the course of his entertainment business career include Michael Jackson, Barbra Streisand, Mariah Carey, Nicole Kidman, Lily Tomlin, Whoopi Goldberg, Donny and Marie Osmond, The Pointer Sisters and many, many more.

In recent years, Gallin took on the role of high-end home designer. His website states,

“After being at the top of the field in one industry, he changed careers, only to rise quickly to the top of his newly chosen design field after turning 70.”

He had designed numerous homes that were featured in The Wall Street Journal, Architectural Digest and The New York Times.

It’s been over forty years since Parton and Gallin met and became instant friends. They shared not only a successful business relationship, but also maintained their close friendship throughout the years.

“Sandy, you may be in heaven now, but you will never be gone from me. In the words of my own song, I will always love you.”

The Lovelaces
Tim and Mary Alice Lovelace are a husband/wife writing duo who enjoy co-writing songs, news articles, and short stories.
Latest posts by The Lovelaces (see all)
My Life Sandy Gallin
Share this post: