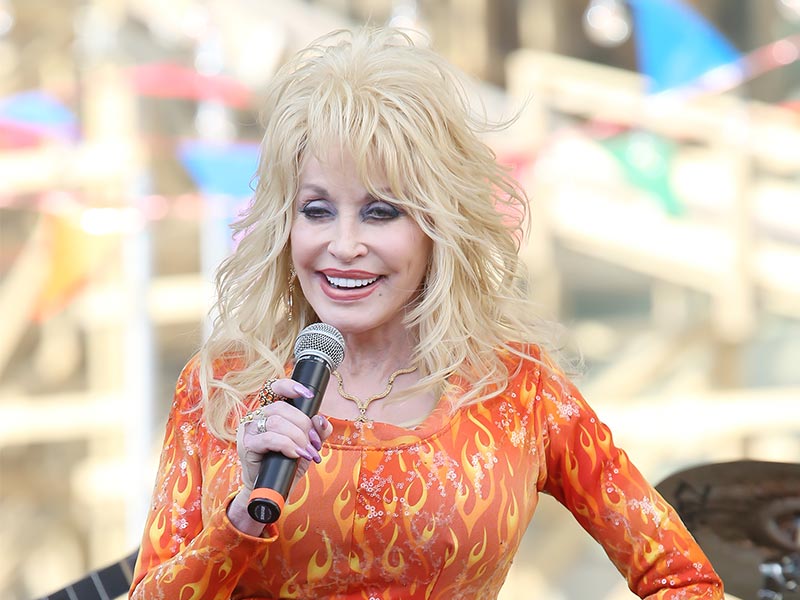 Dolly’s Pure & Simple tour will make a stop in Pigeon Forge, TN on Nov. 15 and the performance will benefit her Imagination Library.

Dolly Parton brings her Pure & Simple concert tour home to Sevier County, TN with a stop at the LeConte Center in Pigeon Forge on November 15 to benefit her Imagination Library. The Pure & Simple tour is Dolly’s first North American concert tour in more than 25 years and takes her to more than 60 cities across the U.S. and Canada.

Tickets go on sale to the general public on July 1. Dollywood season passholders will have an opportunity to purchase concert tickets before the general public. Additional details about Dolly’s November Pigeon Forge concert stop will be released at a later date.

She is as busy as ever, and with the Pure & Simple tour, a new CD and much more in the works, Dolly doesn’t plan on slowing down any time soon. Dolly announced the tour earlier this month at a press conference in Nashville, Tn. When asked about the timing of the tour and the minimalistic approach she said,

“I just thought it was just a good time to kind of simplify things, especially since we’re doing things like ‘The Coat of Many Colors.'”

Her set-list during the tour includes a number of hit songs, with a few new offerings from her double-disc album “Pure & Simple with Dolly’s Biggest Hits.” She will also perform a number of hits that have not been heard live for decades.

Dolly Parton’s Imagination Library is a book-gifting program administered through the Dollywood Foundation, which provides a free, age-appropriate book each month to children from birth to age five in participating communities. To date, the Imagination Library has provided more than 77 million free books in the United States, Canada, the United Kingdom and Australia.

“Pure & Simple with Dolly’s Biggest Hits” two-CD set will include all new material as well as a compilation of Dolly’s biggest hits. The entertainment icon is on one of the biggest hot streaks of her career after her hugely successful TV movie, “Dolly Parton’s Coat of Many Colors,” attracted a network record of more than 16 million viewers. It became the most watched movie on network TV in more than three years and will be available on DVD May 3.