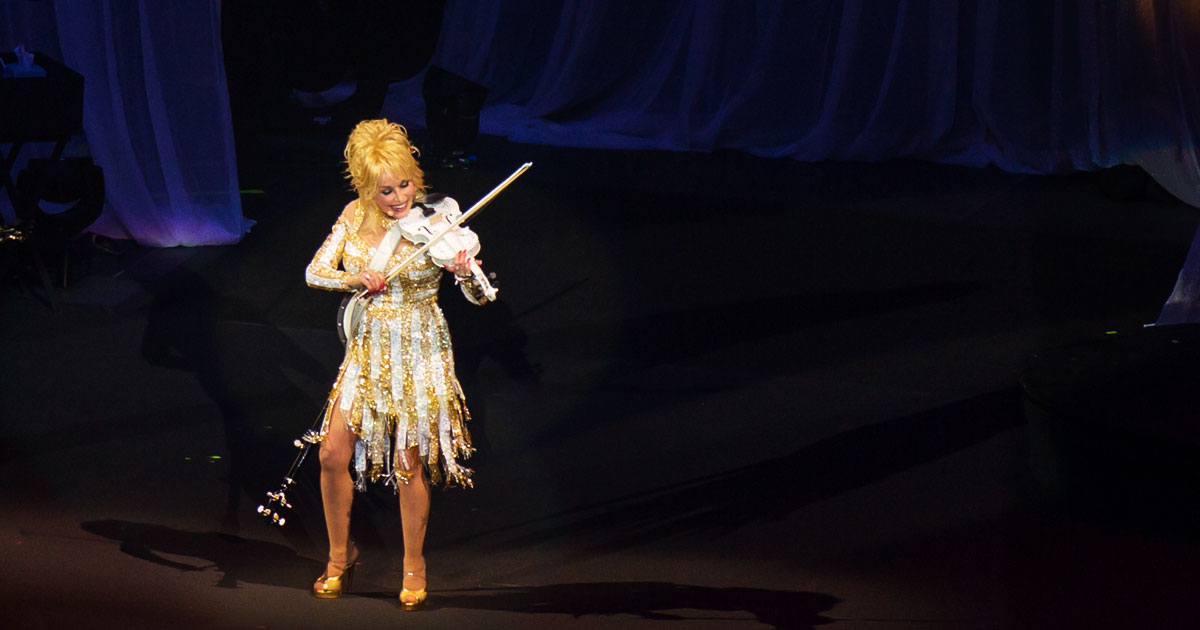 Dolly Parton’s Pure & Simple tour is off and running, thanks to the overwhelming love she received from fans on opening weekend. As the tour winds its way across the United States and Canada, Dolly will take the stage sharing stories, singing songs and entertaining her fans night after night.

During the two-hour long show, Dolly plays a multitude of instruments, including electric guitar, banjo, fiddle, dulcimer, piano and the autoharp. From the stage, Dolly expressed her gratitude to her fans,

“It is fun being on the road again. I’ve been at it a long time. I appreciate you for allowing that to happen.”

Dolly shares pure and simple stories behind some of her songs such as “Coat of Many Colors.” The set list includes the hits her fans love, along with a few new songs from Dolly’s forthcoming album, “Pure & Simple,” set for release this summer.

The iconic performer, entrepreneur and entertainment mogul will not only be touring the country, but she’s also executive producing “Dolly Parton’s Christmas of Many Colors: Circle of Love.” Coming off the phenomenal performance of last year’s holiday special, and looking to recapture the enthusiasm of the nearly 16 million viewers who tuned in, Dolly is teaming up with Pamela K. Long and Sam Haskell as executive producers on the NBC film. The original cast will return for the sequel: Jennifer Nettles as Avie Lee Parton, Ricky Schroder as Robert Lee Parton, Gerald McRaney as Rev. Jake Owens and Alyvia Alyn Lind as young Dolly Parton.