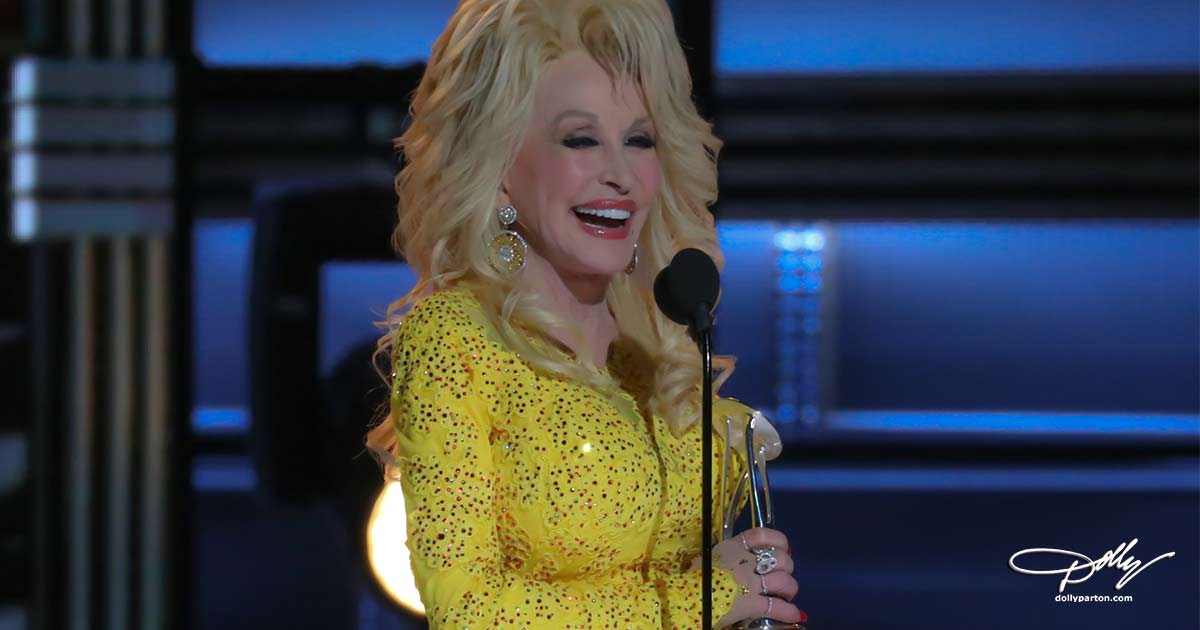 With only two months remaining in 2016, Dolly Parton adds another monumental milestone to her already impressive year. She received the Willie Nelson Lifetime Achievement Award at the 50th Annual CMA Awards show on Wednesday, Nov. 2, 2016. Dolly’s “9 to 5” co-star, Lilly Tomlin, presented the award calling her “one of the greatest artists in the history of country music.

The CMA tribute began with Jennifer Nettles and Pentatonix performing Dolly’s “Jolene.” Reba followed with her version of “9 to 5” and Kacey Musgraves stepped in with “Here You Come Again.” Newly crowned Female Vocalist of the Year Carrie Underwood and Martina McBride joined the others to sing Dolly’s signature hit “I Will Always Love You.” In her acceptance speech, Dolly thanked a host of special people in her life and jokingly said,

“For me to be receiving the Willie Nelson award, this is a real ‘high.'” 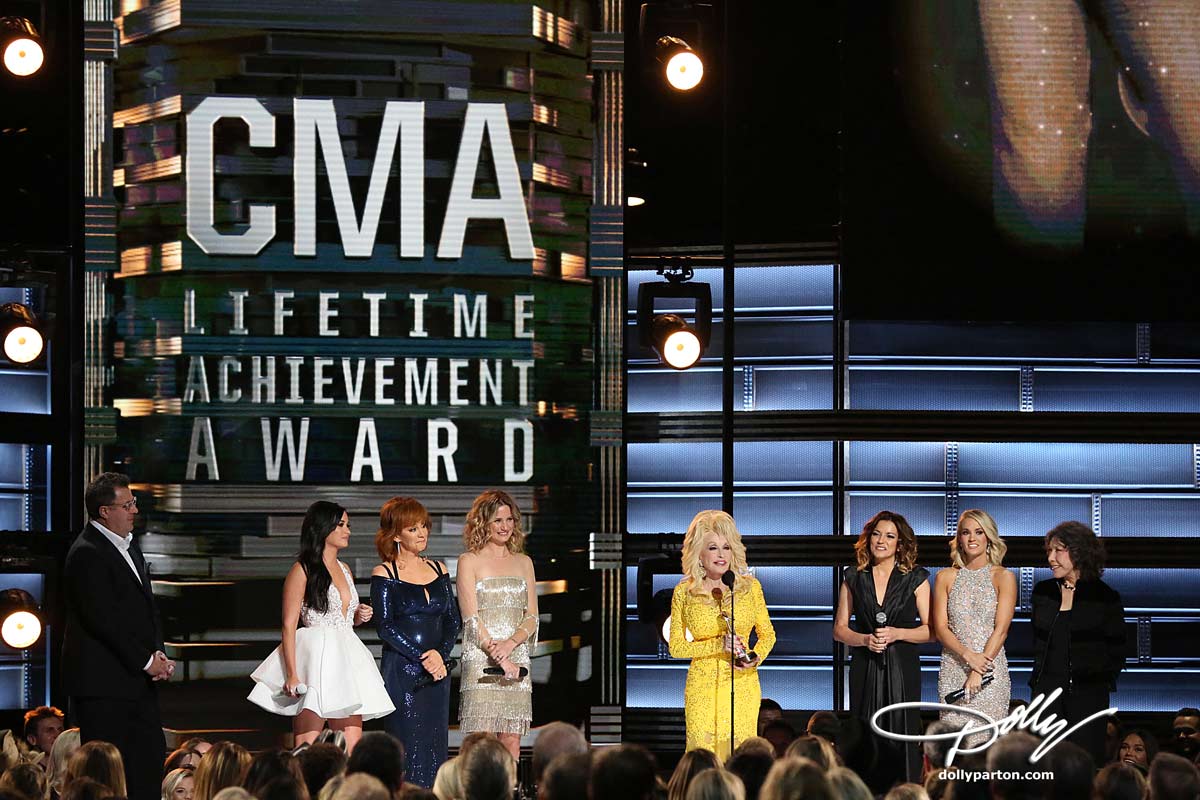 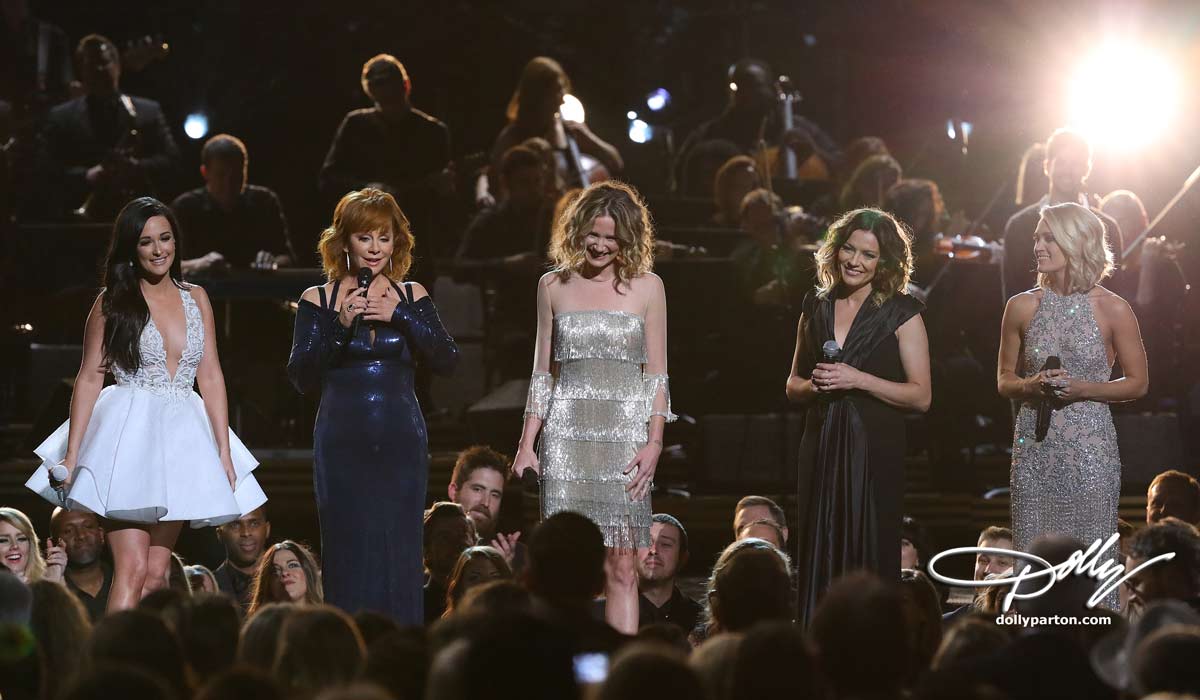 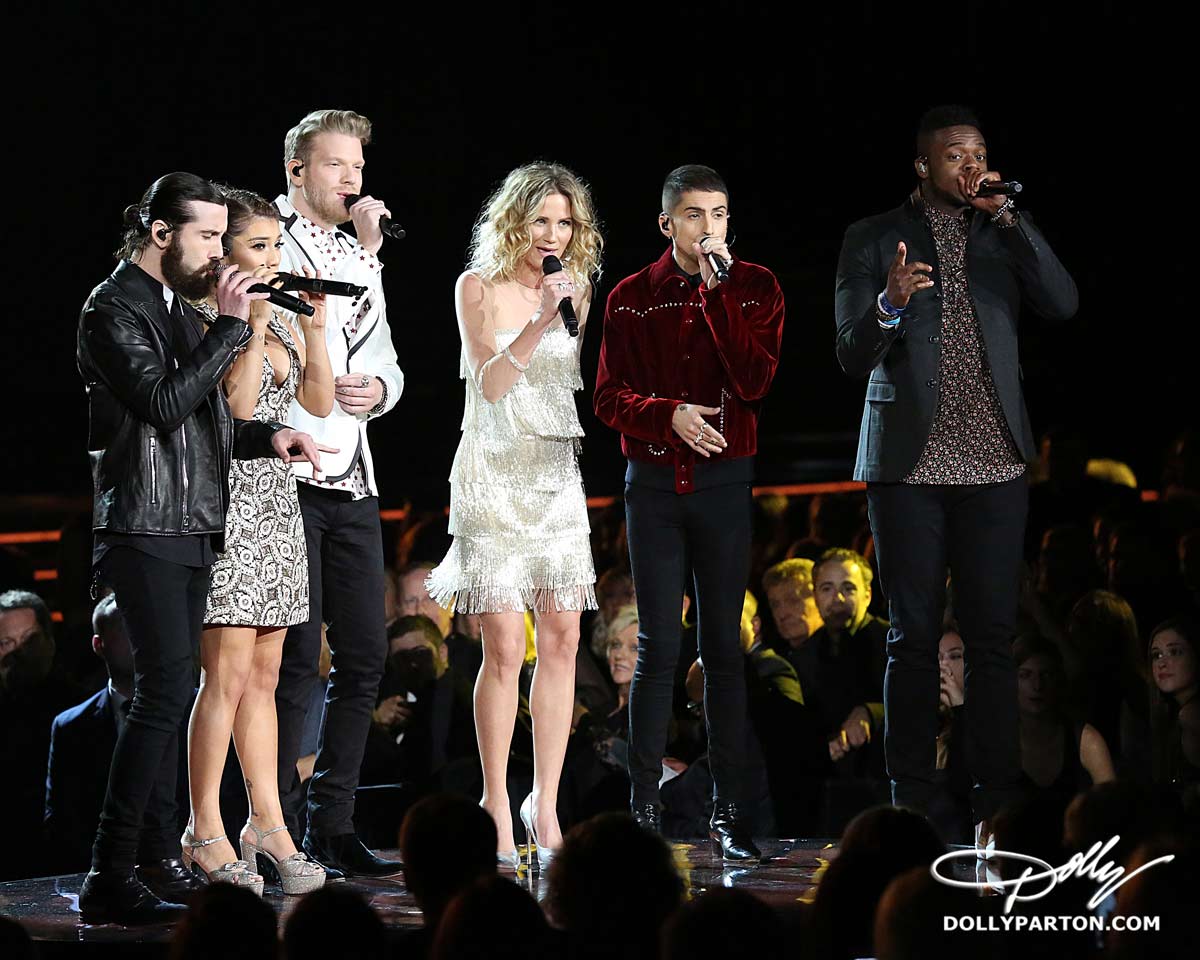 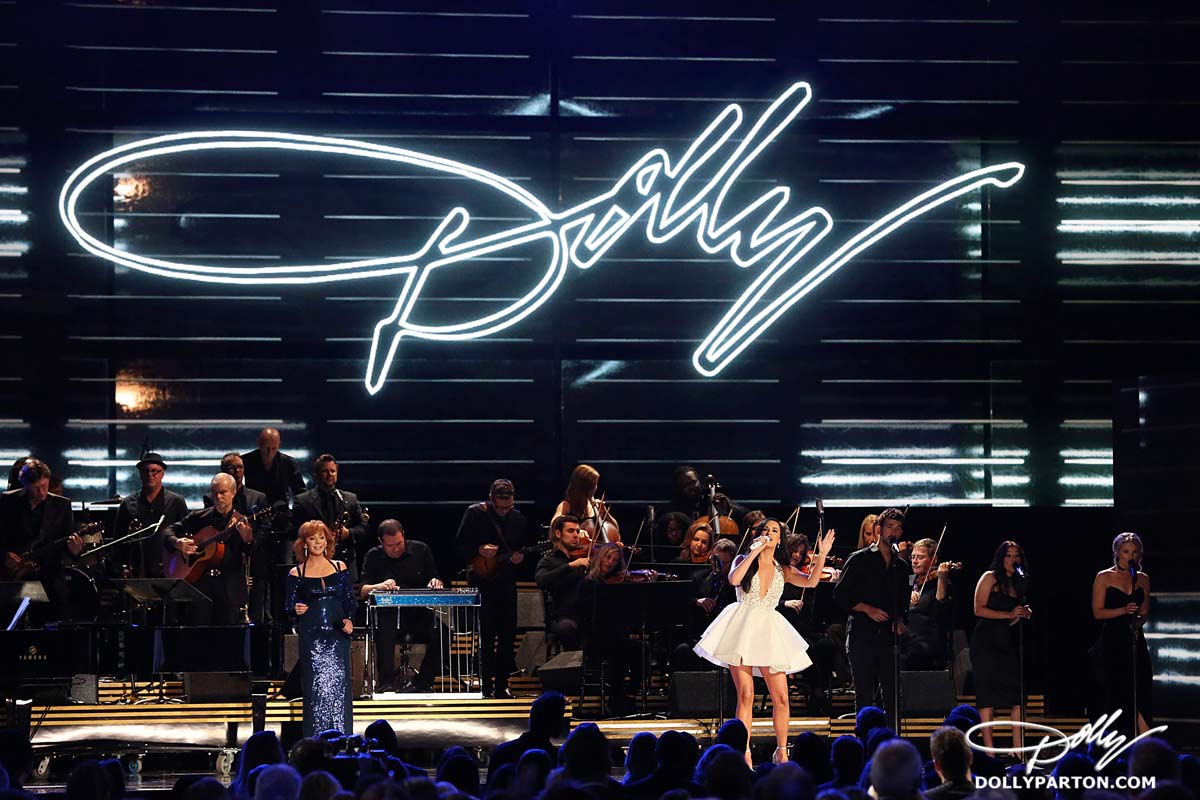 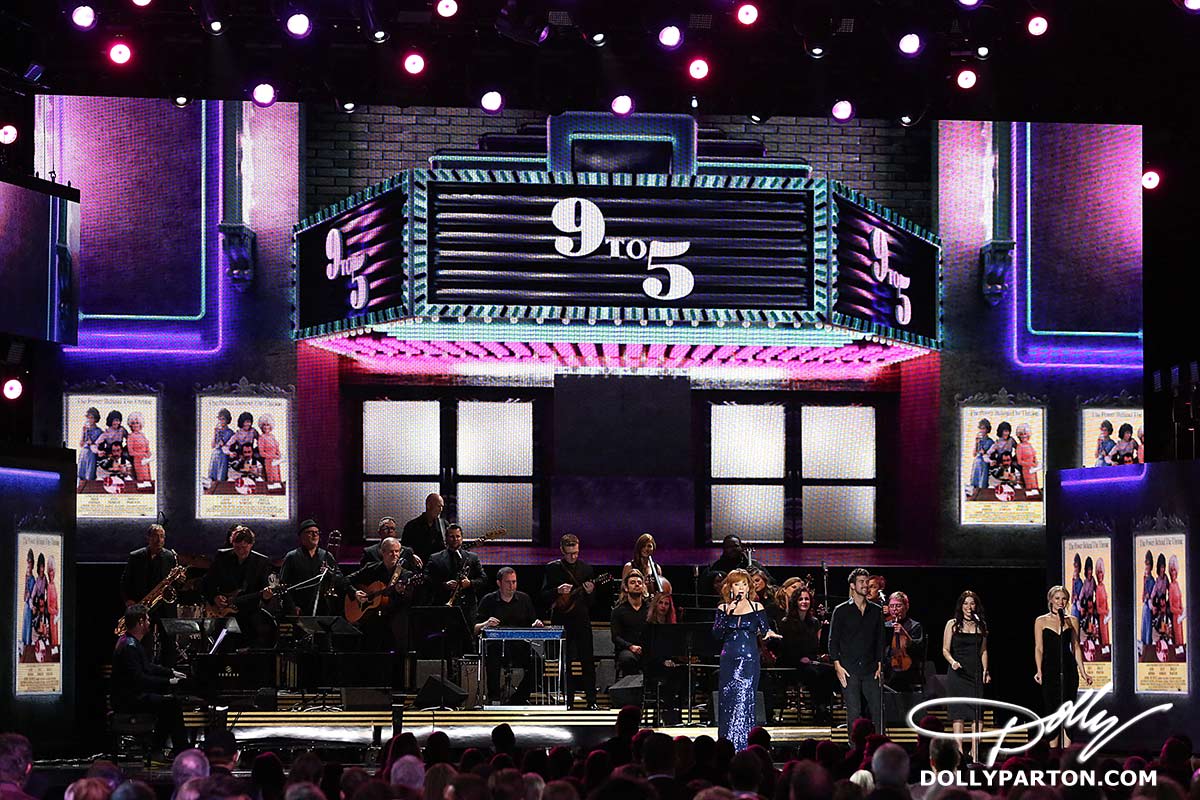 The 50th Annual CMA Awards Show celebrated the year’s most accomplished artists and reflected on five decades of country music. Dolly’s song “I Will Always Love You” is one of three country hits featured in the mash-up single and epic music video “Forever Country” which celebrates the awards’ golden anniversary. “I Will Always Love You” is blended with Willie Nelson’s “On the Road Again” and the late John Denver’s “Take Me Home, Country Roads.”

The Willie Nelson Lifetime Achievement Award is, according to the Academy, bestowed on “an iconic artist who has attained the highest degree of recognition in Country Music… an artist who has achieved both national and international prominence and stature through concert performances, humanitarian efforts, philanthropy, record sales, and public representation at the highest level.”

The 50th Annual CMA Awards Show was hosted by Brad Paisley and Carrie Underwood and broadcast live from the Bridgestone Arena in Nashville, TN.