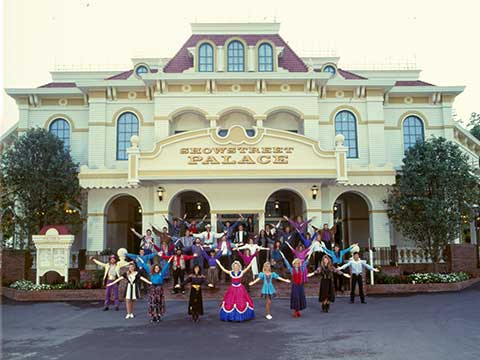 When Dollywood asked Dolly to create her perfect street, it included a glamorous theatre, shopping options, a garden and restaurants. It was only natural that from that dream came a colorful promenade shaping into Showstreet, the new front door to Dollywood. Dolly said,

“As long as I can remember, I wanted to be a big star like all the big names in Hollywood on the big screen. I loved all the glitz and glamour, and that was my inspiration for Showstreet.”

Showstreet is complete with the Showstreet Palace Theatre, where dreams like Dolly’s can be realized by everyone who visits.