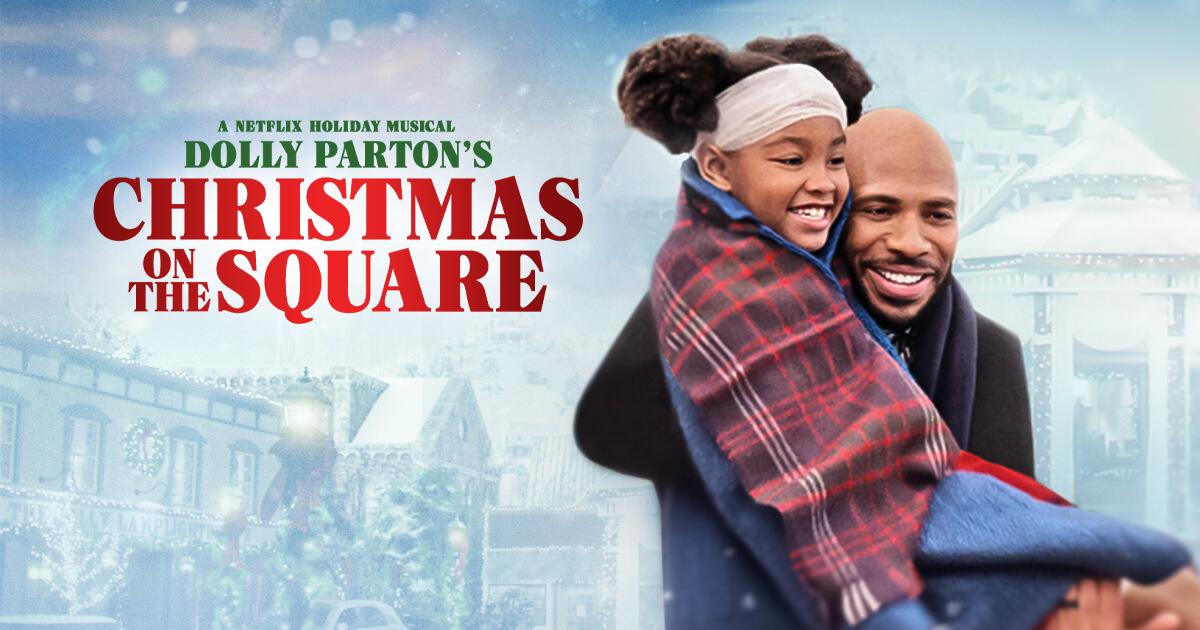 An impressive vocalist and budding actor, Matthew brings a bit of his own father to his role as Mack in Christmas on the Square.

Matthew Johnson has an impressive resume of background vocal appearances with the likes of Pharrell, John Legend, Jennifer Lopez, Childish Gambino and Stevie Wonder. And he has spent the better part of a decade under the expert tutelage of Debbie Allen honing his acting and dancing skills. Now, Matthew finds himself playing Mack, a devoted father and upstanding member of the community in Dolly Parton’s Christmas on the Square. He says he relied on the positive influences of his father for the role. Matthew, whose parents are celebrating 50 years of marriage, says he was honored to portray the role. When describing Mack, he says,

“He’s a ‘best of both worlds’ type of guy. He is a business owner and then he also manages to be a great father at the same time.”

Coming from a big family, Matthew has many memories from his childhood. His extended family includes 30 cousins and several aunts and uncles. According to Matthew, he comes from a talented family of singers and musicians. So it’s no surprise that music was always a huge part of family gatherings and holidays. He said,

“I can always remember my family around a piano, just singing together. My whole family sings!”

Pulling from his wholesome childhood, Matthew really connected to not only his character, but the themes surrounding him. Christmas on the Square includes 14 original Dolly Parton songs, one of which Matthew was honored to perform. In talking about the number, Matthew said,

“I sing a song that’s really dear to me called ‘A Father’s Prayer’ in this film. And I think it’s something that a lot of people can connect to, especially at this time. And I think they will be able to connect to it beyond this time.”

Matthew is somewhat of a vocal chameleon and has appeared on some of the world’s most-watched television shows including American Idol, The Voice, X Factor and Late Night with James Corden.

Michael MartinMatthew Johnson As Mack in “Dolly Parton’s Christmas On The Square”11.20.2020