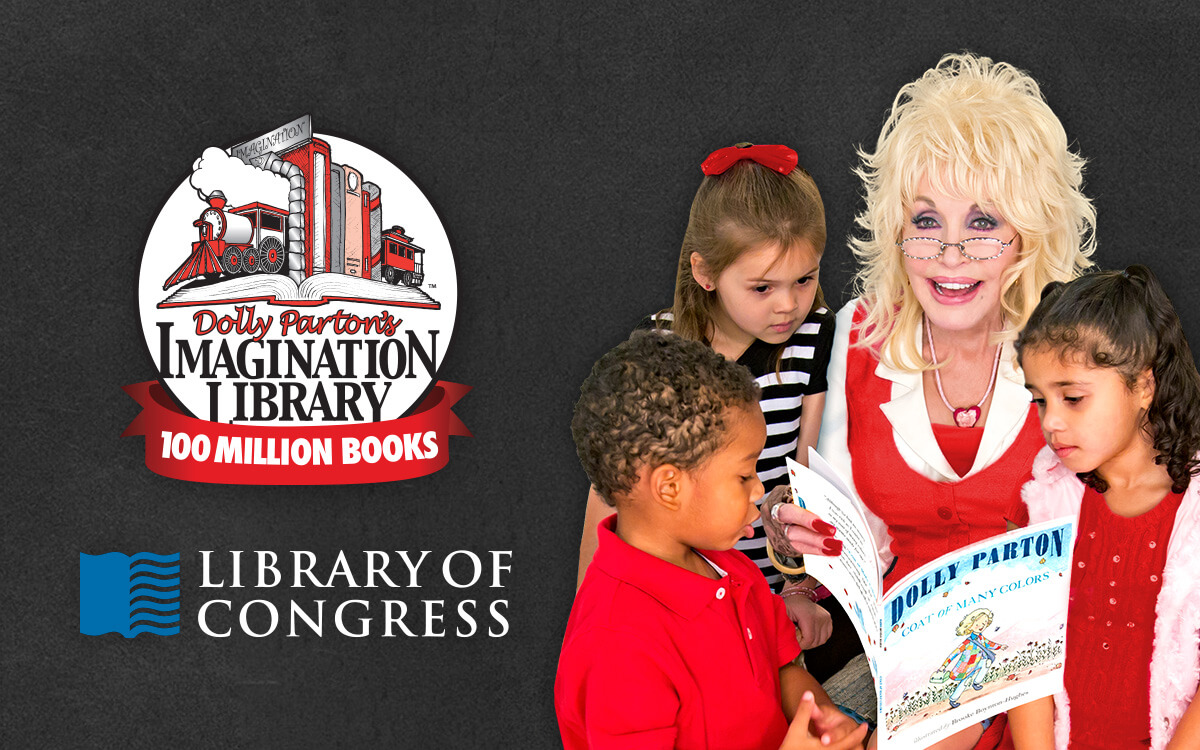 Dolly to dedicate Imagination Library’s 100 Millionth Book to the Library of Congress on Tuesday, February 27, 2018, at 10 a.m. Eastern.

Watch Live Event With Dolly Parton At Library Of Congress On Feb. 27

The Book Lady is all set for her trip to the nation’s capital. Of her many successes, awards and personal achievements, this day will be one Dolly will treasure forever alongside many of the people who help make the Imagination Library possible. The once small program inspired by Dolly’s father will now have its own place in the world’s largest library. Dolly said,

“I’m really looking forward to presenting my Imagination Library’s 100 Millionth Book to the Library of Congress. It’s a big honor and one that I’m so very proud to share with the many special partners and local affiliates who have helped make this day possible. Together we can all Dream More, Learn More, Care More and Be More.”

Dignitaries, partners of the Imagination Library and many others will be on hand to celebrate this momentous occasion. In addition to presenting the 100 Millionth Book, Dolly is expected to read a very special book to a group of local school children who will be part of the celebration.

Since launching in 1996, Dolly Parton’s Imagination Library has celebrated many milestones. Some of which include mailing the 25 millionth book (2010), Best Practices award from the Library of Congress Literacy Awards (2014) and the 1 Million A Month Milestone (2016). The excitement around this next accomplishment has been building for months as the program prepares to mail it’s 100 millionth book. Reaching the 100 Millionth Book Milestone is a true testament to the dedication of many, many people who work to “put more books in the hands of more children.”

The Library of Congress is the world’s largest library, offering access to the creative record of the United States—and extensive materials from around the world—both on site and online. It is the main research arm of the U.S. Congress and the home of the U.S. Copyright Office. Explore collections, reference services and other programs and plan a visit at loc.gov, access the official site for U.S. federal legislative information at congress.gov and register creative works of authorship at copyright.gov.