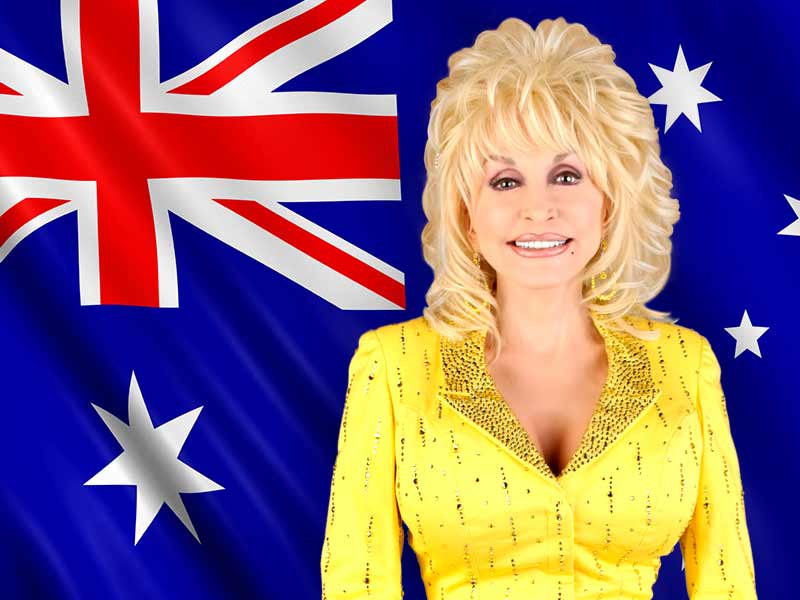 During the first week of May, thanks to the efforts of the United Way, Dolly’s Imagination Library became available in Australia.
With the expansion, Australia becomes the fourth nation and third continent to join the Imagination Library. Queensland, was the first Aussie community to register children for the program.

It has been suggested in recent publications, that Dolly’s Imagination Library might just be her most lasting legacy. The PBS program “NewsHour” featured an interview via “Learning Matters” and Dolly spoke at length of her early childhood literacy dream turned reality.

Imagination Library continued to expand stateside as well. In North Dakota, First Lady Betsy Dalrymple continued her support of the program. In Mississippi, the Power of the Purse fund-raising effort by the United Way of East Mississippi collected enough funds to mail books to 1,000 children a year. In Maryland, “The Delmarva Times” profiles the state’s second chapter of the project, sponsored by the United Way of the Lower Eastern Shore. In Missouri, the literacy project will integrate Imagination Library into the Kansas City, North Kansas City, Independence, Shawnee Mission and Center school districts through the United Way of Greater Kansas City’s Women’s Leadership Council.