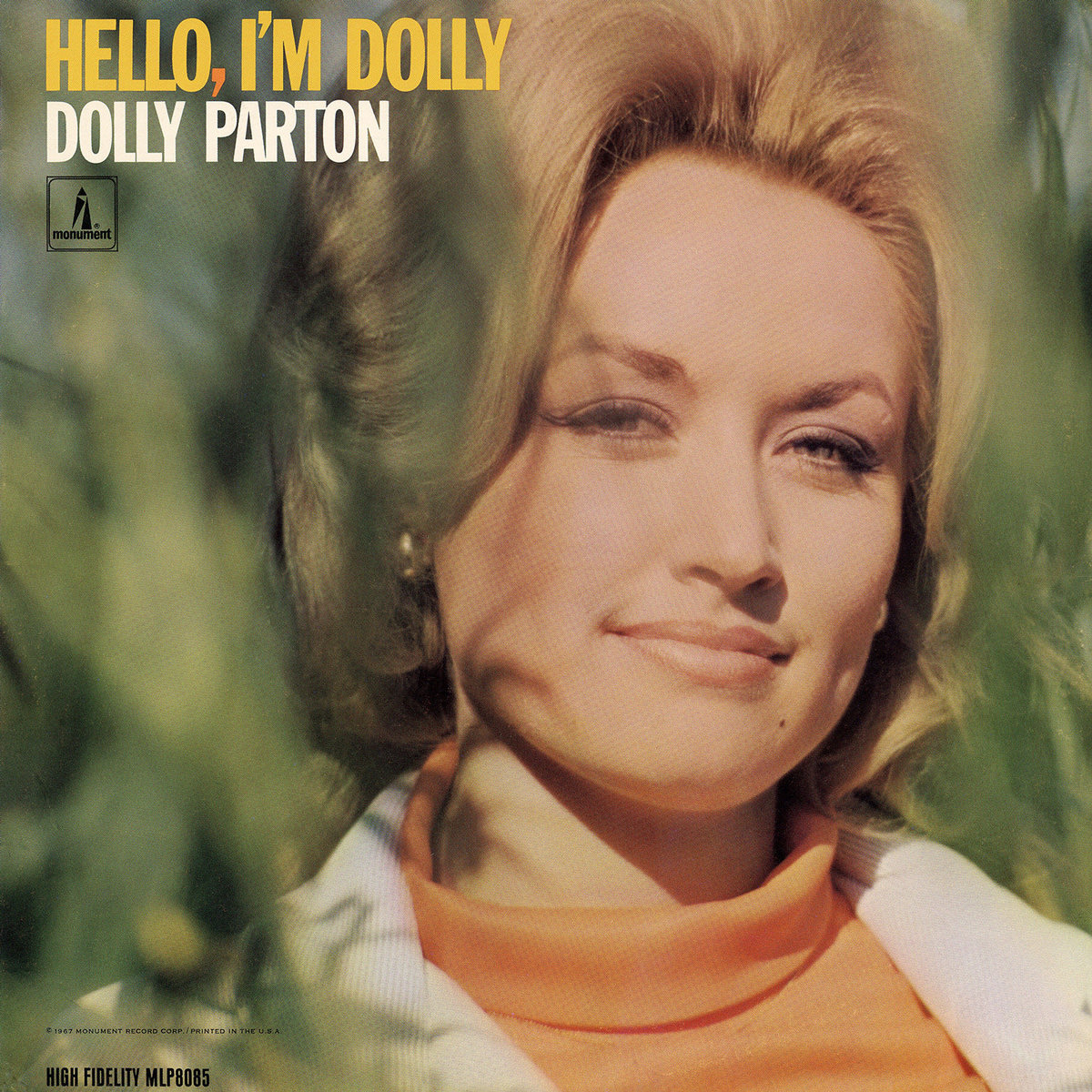 Fifty years ago today, Dolly Parton released her first full-length studio album, “Hello, I’m Dolly.” The album, which debuted on Monument Records, contained Dolly’s hits “Dumb Blonde” (written by Curly Putman) and “Something Fishy” (written by Dolly). Both singles reached the Top 20 on the country singles charts, and the album itself reached #11 on the country albums chart.

Produced by Fred Foster, “Hello, I’m Dolly” caught the attention of Porter Wagoner, who ultimately invited Dolly to become a member of his band and appear on his popular weekly television show. These appearances led to her rise to superstardom and she became a household name.

“I can’t believe it’s been 50 years since I did my first album,” Dolly recalls. “What a wonderful 50 years it has been. Thanks to my Uncle Bill Owens and Fred Foster for believing in me early on. And thanks to all the fans out there…I hope to have at least another 50 years!”

The album contained Dolly’s versions of three songs she wrote that had already been hits for other artists: “Put it Off Until Tomorrow” (Bill Phillips), “Fuel to the Flame” (Skeeter Davis), and “I’m In No Condition” which charted by Hank Williams Jr. Bill Phillips’ recording of “Put it Off Until Tomorrow” featured Dolly on background vocals and won BMI Song of the Year in 1966.