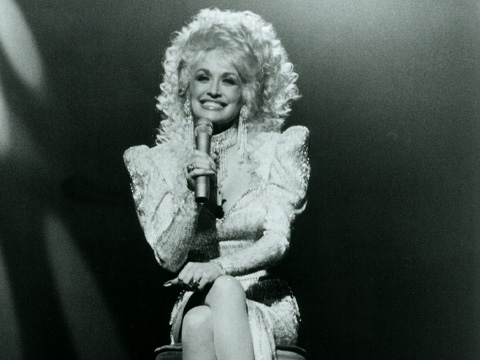 Dolly talked about what motivated her to try the variety show,

”I convinced them that I should be on television. I felt I was sitting around waiting for good scripts for the movies; I wasn’t on the road (doing concerts) so much. So I just decided now was the time for me to do a TV show.”

The other nominees were Lisa Bonet in “A Different World” and Linda Hamilton in “Beauty and the Beast.” In her acceptance speech Dolly said,

“I want to thank all of you very much for voting for me as your favorite because it’s very much an honor to be nominated for any of these awards and it’s really a great honor to win, especially when the people vote for you.”

That same night, Dolly received the award for All-Around Female Entertainer presented to her by Kenny Rogers.

The 14th Annual People’s Choice Awards were telecast on CBS and hosted by Barbara Mandrell and Carl Reiner.