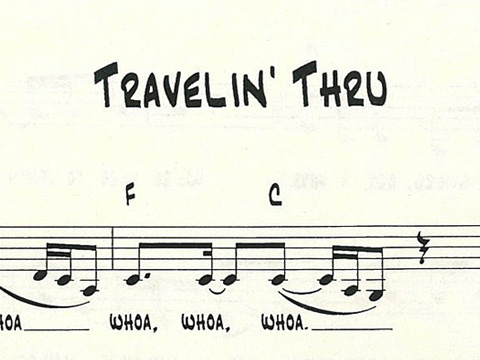 “Travelin Thru” written by Dolly Parton receives a GRAMMY nomination for Song Written for Motion Picture, Television or Other Visual Media

The original song, “Travelin’ Thru” received a host of awards and nominations. In 2006, it earned a GRAMMY nomination for Song Written for Motion Picture, Television or Other Visual Media.

Dolly performed the song on the soundtrack of, “Transamerica.” The director/producer, Duncan Tucker, gave Dolly some direction when he made his request.

“He wanted the song to be about redemption and about people’s feelings.”

After giving the song and the film some thought, Dolly decided on a spiritual direction with a gospel feel.