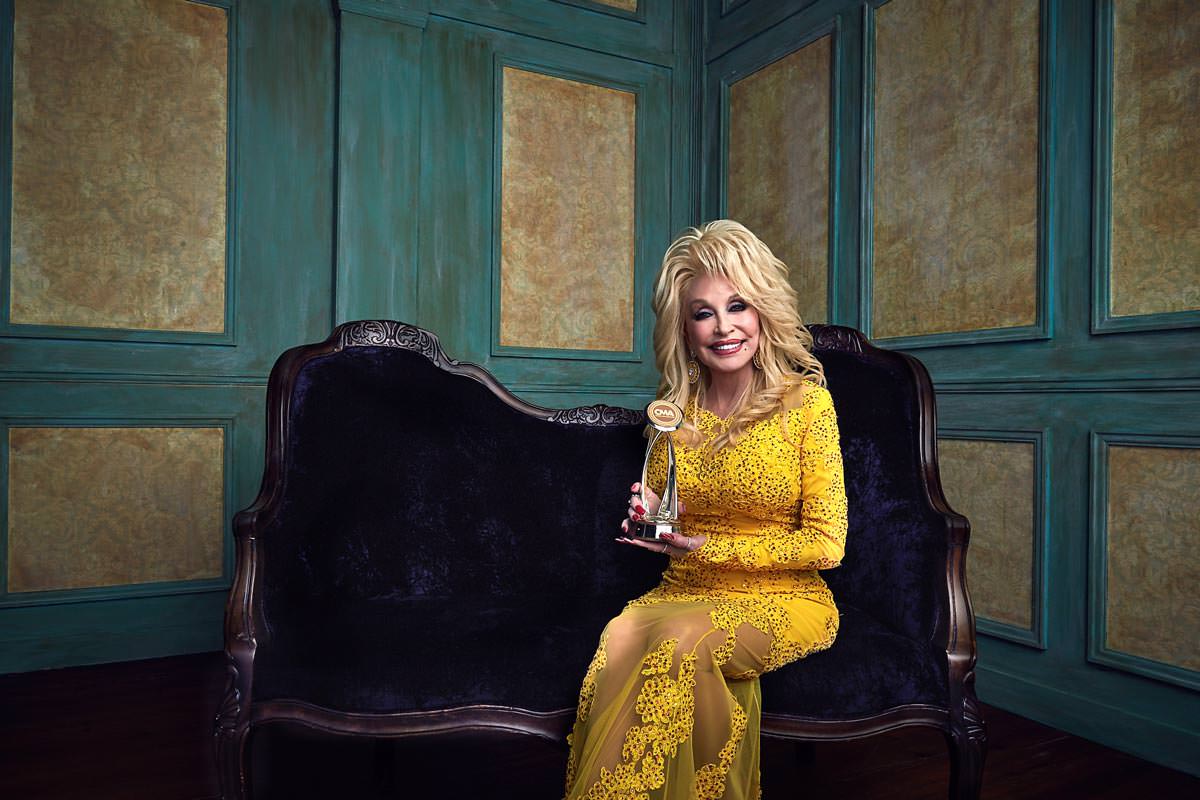 From the Great Smoky Mountains to the Hollywood Hills and back again with Dolly Parton in 2016!

Dolly Parton once dreamed of turning the famous sign on the California hill from Hollywood to Dollywood. Later, when she opened her theme park in Tennessee, Dolly would see that dream come true. This year, during two sold-out shows at the Hollywood Bowl the iconic sign might have read Hollywood, but in the hearts of her adoring fans, it read Dollywood!

When Dolly performed in the Hollywood Hills, the stars came out and not just the ones shining overhead. Dolly’s audience included an impressive list of A-list stars including Katy Perry, Kirsten Dunst, Elizabeth Banks, Lance Bass, Reese Witherspoon and Henry Winkler to name a few. Dolly’s “9 to 5” co-star Lily Tomlin was also there. Dolly, with her L.A. look and Tennessee heart, charmed this “who’s who” list along with everyone else in attendance. Dolly performed a Pure & Simple show with all her hit songs and heartfelt stories from her childhood growing up in the mountains of East Tennessee.

Throughout 2016, Dolly celebrated one milestone after another both personally and professionally. During the last two months of the year, in one of the most inspirational and generous acts of 2016, Dolly would see the Great Smoky Mountains and it’s people hold a very special place in the hearts of so many around the world.

Dolly began the year by celebrating her 70th birthday and in May she and her husband Carl renewed their wedding vows in honor of their 50th anniversary.

In June, she embarked on a mostly sold-out, 60-city tour. Her new album, “Pure & Simple” debuted at No. 1 on charts around the world. She also enjoyed great success with the revival of two of her hits from the 1970s. “I Will Always Love You” was featured in “Forever Country” a mashup of three Country mega hits celebrating the CMA Awards 50th anniversary. “Jolene” became a 21st century hit when the a cappella group Pentatonix covered the song and invited Dolly to add her vocals to the track. This brilliant collaboration would earn them a Grammy nomination.

Those accolades in and of themselves are impressive, but the success of 2016 doesn’t end there. Music fans were delighted when Dolly together with Emmylou Harris and Linda Ronstadt opened the vault to release a third and final installment of their “Trio” collaboration. “Trio The Complete Collection” has unreleased tracks and never-before-heard versions of the original recordings from this Grammy award-winning group.

Dolly received the Willie Nelson Lifetime Achievement Award at the 50th Annual CMA Awards. Long-time friend and “9 to 5” co-star, Lily Tomlin presented the honor. Reba McEntire, Martina McBride, Kacey Musgraves and Carrie Underwood joined Jennifer Nettles on stage in a beautiful tribute to Dolly. Jennifer Nettles reprised her role as Dolly’s mom in the sequel to the 2015 record-breaking television film, “Dolly Parton’s Coat of Many Colors.” The cast, including Jennifer, Ricky Schroder, Alyvia Alyn Lind and more walked the red carpet along with Dolly at the Hollywood-style premiere of “Dolly Parton’s Christmas of Many Colors: Circle of Love” inside Dollywood.

The new film, “Christmas of Many Colors: Circle of Love” aired on NBC on Nov. 30 in a special two-hour movie event. Dolly appeared as The Painted Lady. Over 11 million people watched the world premiere, and the DVD was released on Dec. 20 just in time for the holidays.

In addition to inspiring the films, Dolly’s “Coat of Many Colors” story is the subject of a new children’s book featuring all new illustrations. Part of Dolly’s life’s work has been to instill a love of reading in the hearts of as many children as she can. In October, her Imagination Library reached an incredible milestone when the non-profit organization began sending one million free books per month to children around the world. Dolly marked the occasion by giving a $30,000 college scholarship to two-year-old Evey Johns from Conway, AR.

The Imagination Library is made possible through the Dollywood Foundation, which Dolly founded in 1988 shortly after opening her theme park. On Nov. 28, 2016, devastating wildfires affected parts of Sevier County and the Great Smoky Mountains where Dolly calls home. The fires took the lives of 14 people, injured over 100, burned over 17,000 acres inside the Great Smoky Mountains National Park and damaged or destroyed over 1700 structures (homes, businesses, and churches). Dolly called on the Dollywood Foundation, the Dollywood Company, and her dinner attractions and within a few days after the fires together The My People Fund was established. The Fund committed to giving every family who lost their home in the fires $1000 per month for six months.

As the news about the My People Fund was shared, Dolly’s network of friends, fans and fellow entertainers offered their support. Smoky Mountains Rise: A Benefit for the My People Fund telethon was organized. Millions of people tuned in to see star performances by Kenny Rogers, Hank Williams Jr., Reba McEntire, Cyndi Lauper and many more. In total, over $9 million was raised. After the first distribution, the My People Fund served nearly 900 families.

From her early days in Nashville to the stage of the Hollywood Bowl in 2016, Dolly Parton has charmed the world with her contagious smile that’s, at times, bigger than her hair. This year, it was her generous heart that proved contagious. When Dolly’s “people” in the Smoky Mountains needed her she was there for them and she invited the rest of the world as well.

Month after month, both professionally and personally, in artistry and philanthropy Dolly’s dream of changing the H of the Hollywood sign to a D may have already come true. She has proven she holds Tinseltown and beyond in the palm of her tiny, acrylic nail adorned, hand.