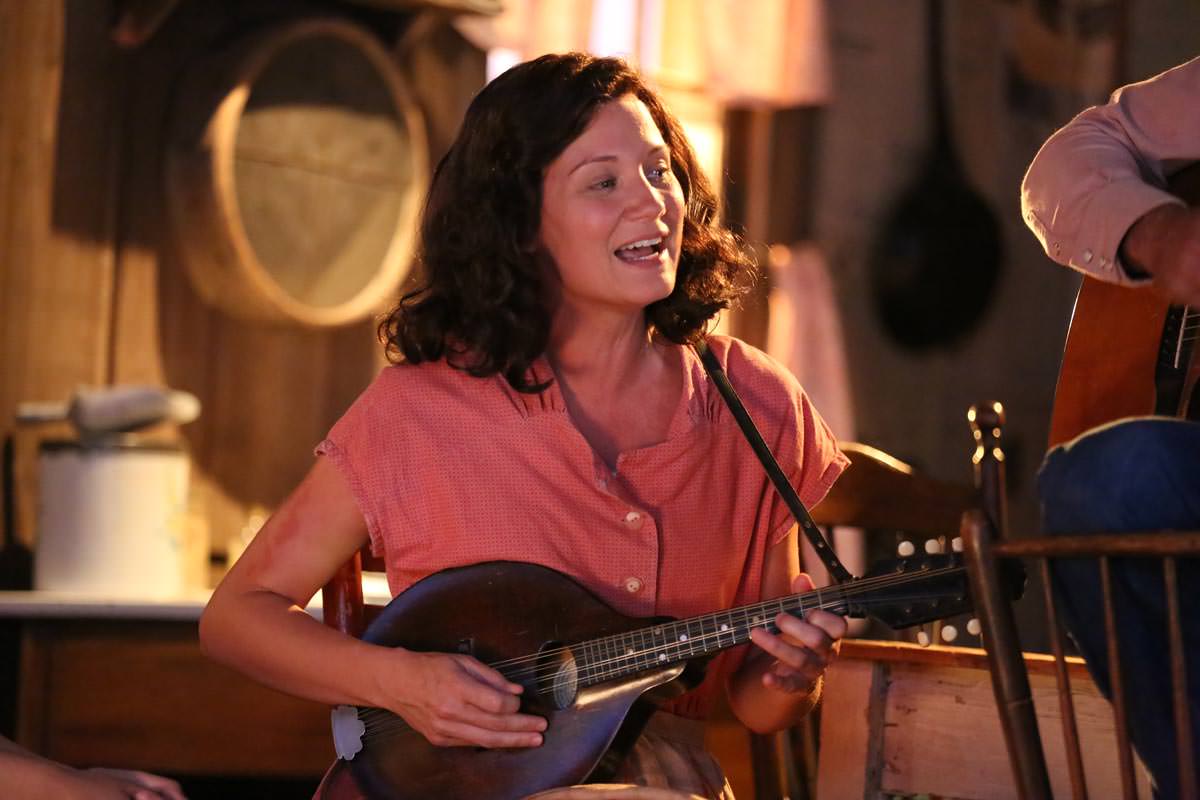 It was her break-out acting role and Dolly hand-picked her for the part. In a comment to the press about her involvement in the casting process, Dolly recalled her reaction to watching Jennifer’s video submission when auditioning for the role. Dolly said,

“She had sent in a little video. I didn’t even know she even acted. She had had her hair dark. I didn’t even recognize it as her. And when they started rolling that film, I said ‘that’s Mama.’ Nobody could have done it better.”

Landing the role was the first step. In preparation for her acting debut, Jennifer sought out advice from Dolly about Avie Lee. In an interview for the first film, Jennifer said,

Jennifer delivered a moving performance as Dolly’s mother who grieves the loss of a child yet manages to cling to those she loves to begin healing and restoration.

At a press conference to promote the new film, “Dolly Parton’s Christmas of Many Colors: Circle of Love” Jennifer eloquently answers a few questions about returning to the role of Avie Lee, how the first film has impacted her career and even shares a few of her favorite Christmas traditions.

Watch Jennifer Nettles as Avie Lee Parton in “Dolly Parton’s Christmas of Many Colors: Circle of Love” airing on NBC on Nov. 30. It is also coming to DVD on Dec. 20, 2016.