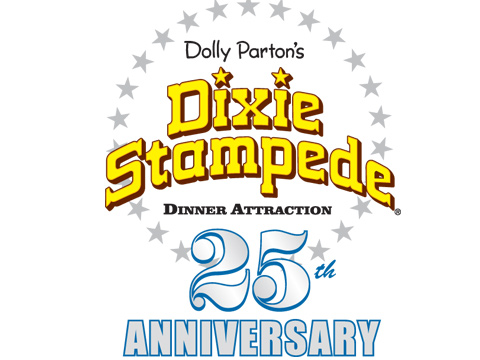 Dixie Stampede opened its doors in 1987, as one of the first dinner show attractions of its kind. Dolly was quoted as saying,

“I just thought it was a great show idea and no one was really doing anything like it when we started. It sounded like a lot of fun and a great way to tell a story.”

Twenty-five years later, her Dixie Stampede is still a standout among dinner shows and attractions.

From a larger-than-life picture that smiles down on guests as they leave the Dixie Stampede, to souvenirs, and her easily recognizable voice, Dolly’s image is stamped on her dinner show attraction. Most notably, however, might be the show’s finale—a blend of pageantry and patriotism set to Dolly’s “Color Me America!”

Part of Dixie Stampede’s appeal over the years has been its ability give the audience what it knows and loves, while also bringing something new to the table. Dolly works with her production team to decide what parts of the show stay, and what elements might work well for the dinner show attraction. Dolly says she loves this show and guarantees,

“It’s the Smokies’ Most Fun Place to Eat!”