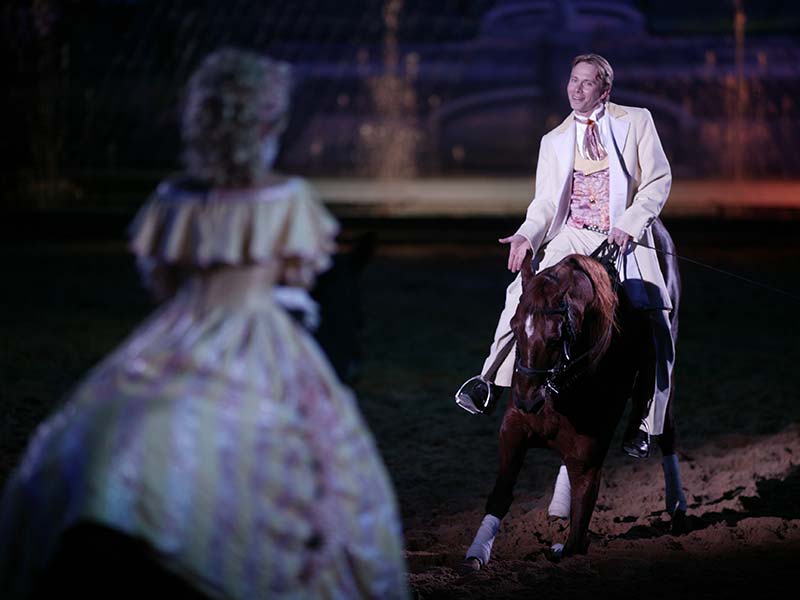 “The Legend of the Christmas Rose,” tells the story of two star-crossed lovers while blending the American Wild West, the Civil War and old-world Southern charm.

This romantic saga tells the story of Sam and Sarah, who were parted by the Civil War. The distance was not enough to ruin their love. Throughout the battles, Sarah and Sam wrote letters to each other, expressing their feelings. Dolly’s “Legend of the Christmas Rose” featured traditional holiday music with Civil War influences, along with square dancing, singing, period costumes, elaborate sets, special effects and friendly competitions.

“The Legend of the Christmas Rose” began showing at Dolly Parton’s Dixie Stampede in Pigeon Forge on November 20, 1992. At the same, a similar Christmas show was performed at Dolly’s attraction in Myrtle Beach, SC.