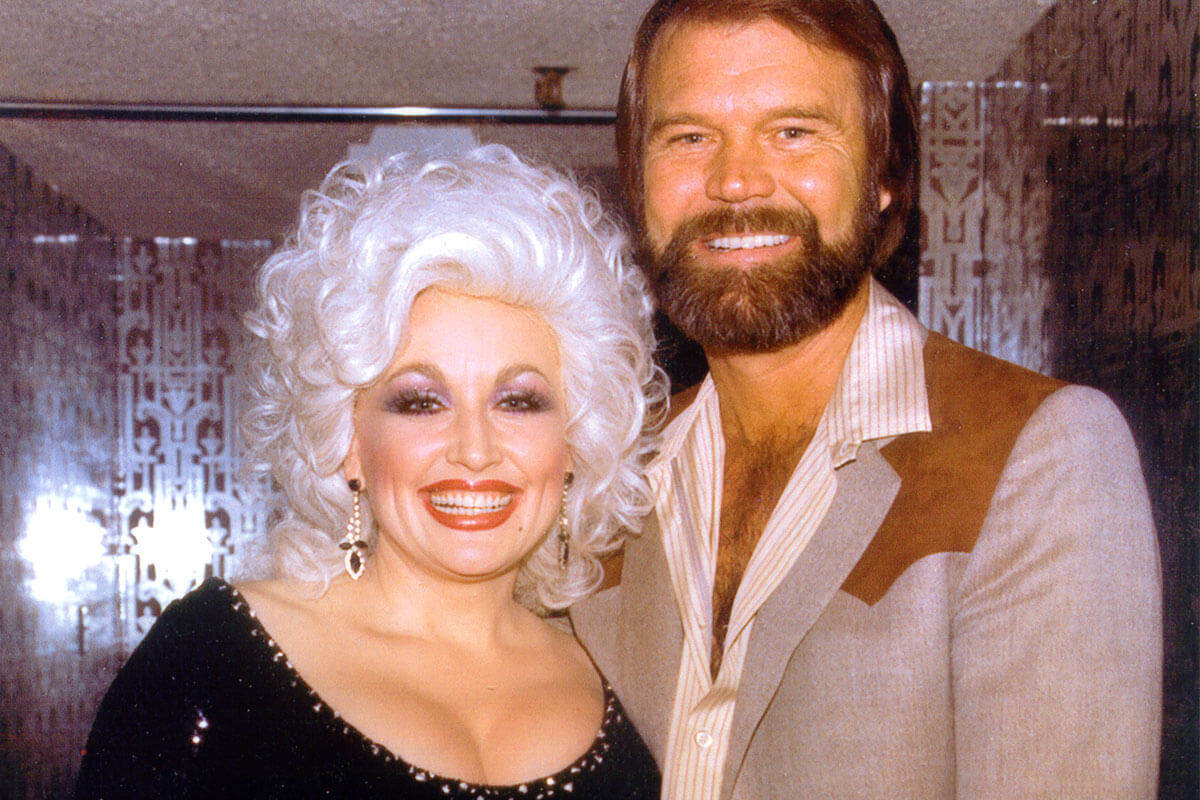 Arkansas native, Glen Campbell enjoyed a long-standing career in both country and pop music. A few of his signature songs included “By the Time I Get to Phoenix,” “Wichita Lineman,” “Gentle On My Mind” and of course “Rhinestone Cowboy.”

The Country Music Hall of Famer and six-time GRAMMY winner was awarded a GRAMMY Lifetime Achievement Award in 2012. In the late 80s, Glen guest starred on Dolly’s TV show. He performed his song, “I Remember You.”

Dolly had these words to say about Glen,

“Well, Glen Campbell was special because he was so gifted. Glen is one of the greatest voices that ever was in the business, and he was one of the greatest musicians. He was a wonderful session musician as well. A lot of people don’t realize that, but he could play anything. And he could play it really well. So he was just extremely talented. I will always love you, Glen!”

On August 8, 2017, Glen Campbell died at the age of 81 after a public battle with Alzheimer’s disease.