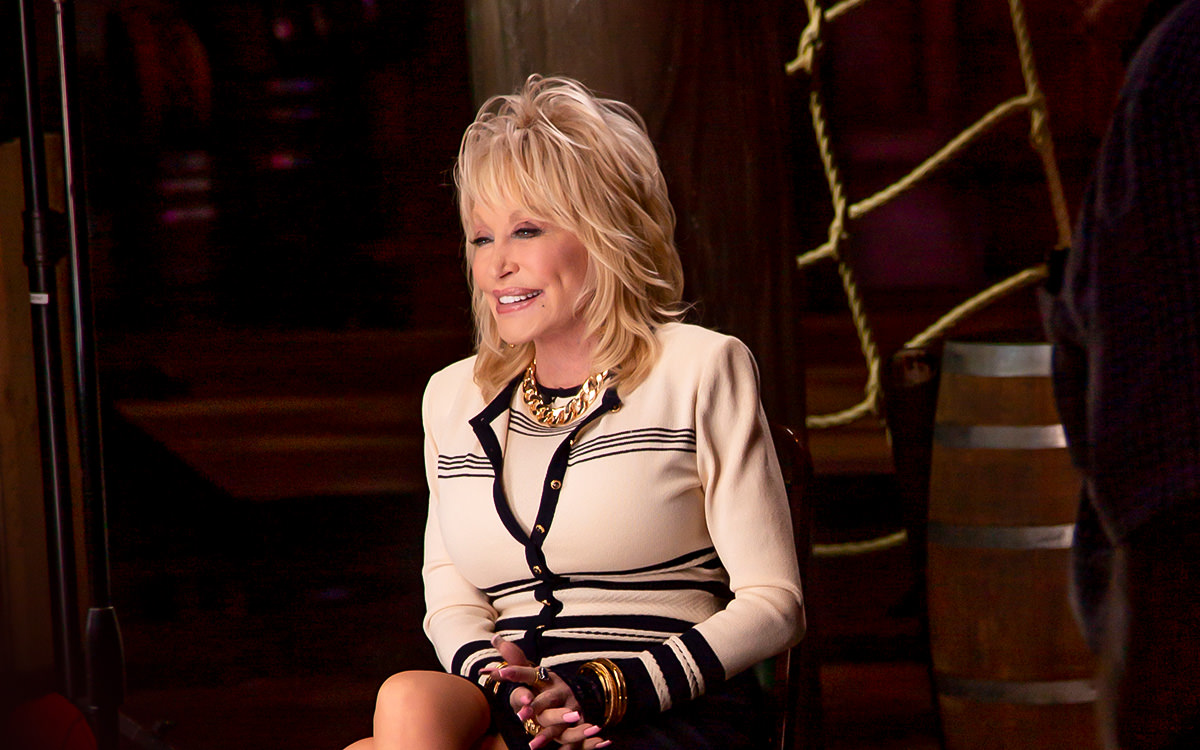 The swashbuckling adventure that is Pirates Voyage officially opened during a mid-day media event today in Pigeon Forge, with Dolly Parton on hand to introduce the thrilling dinner and show. She shared her excitement about her latest entertainment offering for families.

In addition to the initial investment in the property, the Pirates Voyage construction phase for the new show was $9 million, bringing the investment in the property to a total of $28 million. The dinner and show truly is an unbelievable adventure with sword fights, cannons and pirates scaling high above two pirate ships fighting to win Davy Jones’ coveted sunken treasure. A rowdy crew of characters combines heroics and high-flying fun that will have guests cheering and experiencing thrills around every corner in an epic battle for lost treasure on land, on deck, and in the water of the show’s 15-foot-deep indoor lagoon.

Since its soft opening on May 24, the crew has performed three sold-out shows every day with extraordinary guest feedback.

“Our guests have been telling us that Pirates Voyage is unlike any other family fun attraction they have experienced,” said Leah Hicks, Director of Sales & Marketing for Pirates Voyage. “Where else can families have fun together creating memories of a lifetime – with ship-to-ship battles, cannons blazing, acrobatics and a delicious feast? It’s perfect for swashbucklers, pirates and mermaids, and the food alone makes the show one-of-a-kind!”

The adventure actually begins in the Pirates Village, where younger swashbucklers as well as parents and grandparents can “Join the Crew” and be transformed into mermaids and pirates before the main show begins. The four-course pirate feast straight from Captain Blackbeard’s galley makes Pirates Voyage the most unique place to eat in the Smokies. The meal begins with voyager creamy vegetable soup and a buccaneer biscuit. The feast fit for a pirate continues with cracklin’ pan-fried chicken, a bone-in pork chop, matey’s mac ‘n’ cheese, and Jolly Roger sweet potato souffle. Walk the plank peach turnover and unlimited Coca-Cola® products, tea or coffee complete the meal. Vegetarian and gluten-free meals are available by request.